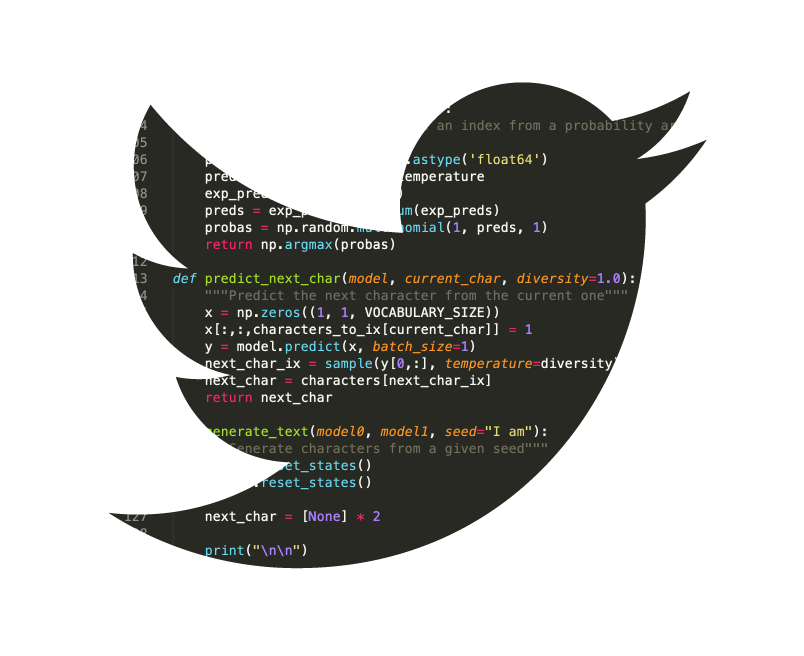 The idea behind this project was to create a tool to actively shift baselines by interpolating between language styles. This is how the Shifting Baselines Machine came to life. The machine consists of two neural networks one trained with tweets from @BarackObama and one with tweets from @realDonaldTrump. It can be fed with a starting character sequence and predict how a tweet starting with this sequence will end. The clue is that you can also give it an impact ratio that determines how much impact each network has on the resulting tweet. The distribution of this impact is realised by letting each network decide on as much characters as the specified ratio allows them in relation to the maximum length of 280 characters. If you use the Shifting Baselines Machine to create a series of tweets and change the impact ratio continuously you are interpolating between language styles. This is how you might be able to actively produce and observe shifting baselines.

To use the Shifting Baselines Machine simply set a starting sequence or word in the box below. Decide on an impact ratio with the slider and click generate. Then please be a little patient until you get a resulting tweet. The characters in that tweet will have different colors marking which of the two networks decided on this character. If you are getting bad results simply try again or try different starting words. The networks are better with words they know than completely new ones. “News” for example as the most common noun in the last 3200 tweets of @realDonaldTrump going back from the 25th of May 2020 will work way better than “press code”, which never occurs in this set of tweets. Have fun to play around.

For more information on issues with the Shifting Baselines Machine please visit the respective github repository.